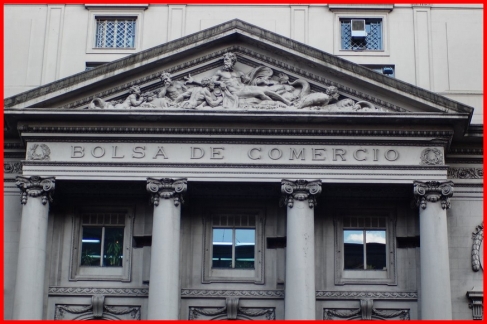 The Buenos Aires Stock Exchange (BCBA; Spanish: Bolsa de Comercio de Buenos Aires) is the organization responsible for the operation of Argentina‘s primary stock exchange located at Buenos Aires CBD. Founded in 1854, is the successor of the Banco Mercantil, created in 1822 by Bernardino Rivadavia.

Citing BCBA’s self-definition: “It is a self-regulated non-profit civil association. At its Council sit representatives of all different sectors of Argentina’s economy.”

The Stock Exchange’s current, Leandro Alem Avenue headquarters was designed by Norwegian-Argentine architect Alejandro Christophersen in 1913, and completed in 1916. A modernist annex was designed by local architect Mario Roberto Álvarez in 1972, and inaugurated in 1977.

The MERVAL Index (MERcado de VALores, literally Stock Exchange) is the most important index of the Buenos Aires Stock Exchange. It is aprice-weighted index, calculated as the market value of a portfolio of stocks selected based on their market share, number of transactions and quotation price. The base of MERVAL is set at 30 June 1986 = 0.01 Argentine pesos.

The corporations and weighted prices that compose MERVAL are updated every three months, based on their market share during the previous period. 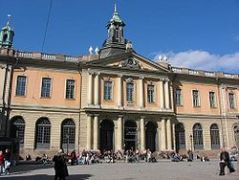 The Stockholm Stock Exchange (Swedish: Stockholmsbörsen) is a stock exchangelocated in Stockholm, Sweden. Founded in 1863,[1] it has become the primary securitiesexchange of the Nordic Countries. More than 300 companies have been listed for trading.

Its normal trading sessions are from 09:00am to 05:30pm on all days of the week except Saturdays, Sundays and holidays declared by the Exchange in advance.[2] 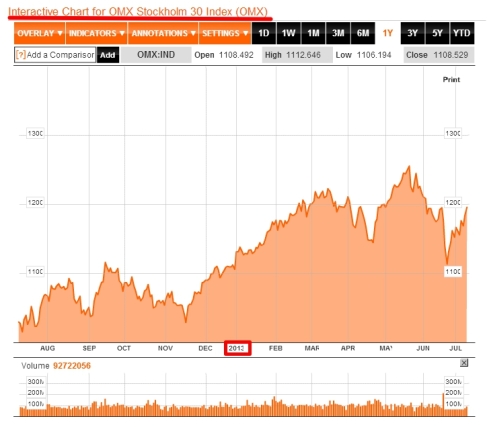 The Borsa Istanbul (abbreviated as BIST) is the sole exchange entity of Turkeycombining the former Istanbul Stock Exchange (ISE) (Turkish: İstanbul Menkul Kıymetler Borsası, IMKB), the Istanbul Gold Exchange (Turkish: İstanbul Altın Borsası, İAB) and the Derivatives Exchange of Turkey (Turkish: Vadeli İşlem Opsiyon Borsası, VOB) under one umbrella. It was established as an incorporated company with a founding capital of

Shareholders of Borsa Istanbul are: 49% Government of Turkey, 41% IMKB, 5% VOB, 4% IMKB members, 1% IMKB brokers and 0.3% IAB members. It is planned that all the Government-owned shares will be offered for sale.[6] Among the executives of the nine-member board of directors, which is presided by former chairman of ISE İbrahim Turhan, are former deputy chairman of ISE Osman Akyüz, former head of VOB Işınsu Kestelli,Merrill Lynch Investment Bank General Manager Hüseyin Kelezoğlu and Chairman of Turkish Association of Capital Market Intermediary Institutions Attila Köksal.[4][5]

The Istanbul Stock Exchange (ISE)[7] was the only corporation in Turkey for securities exchange established to provide trading inequities, bonds and bills, revenue-sharing certificates, private sector bonds, foreign securities and real estate certificates as well as international securities. The ISE was founded as an autonomous, professional organization in early 1986. It is situated in a modern building complex in the quarter of İstinye, on the European side of Istanbul, since May 15, 1995.[8] The chairman and chief executive officer of the ISE is Dr. İbrahim Turhan, who was appointed by the government on January 1, 2012.

ISE is home to 320 national companies. Trading hours are 09:30–12:30 for the first session and 14:00–17:30 for the second session, on workdays. All ISE members are incorporated banks and brokerage houses. 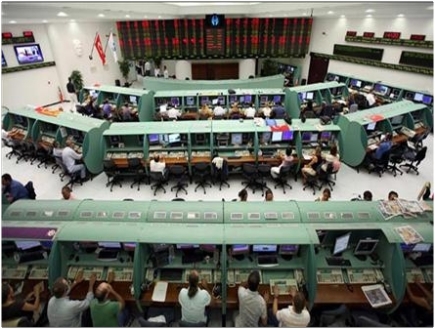 Early days of the securities market in Turkey

The origin of an organized securities market in Turkey has its roots in the second half of the 19th century. The first securities market in the Ottoman Empire was established in 1866 under the name of “Dersaadet Securities Exchange” following the Crimean War. Dersaadet Exchange also created a medium for European investors who were seeking higher returns in the vast Ottoman markets. Following the proclamation of the Turkish Republic, a new law was enacted in 1929 to reorganize the fledgling capital markets under the new name of “Istanbul Securities and Foreign Exchange Bourse”.

Soon, the Bourse became very active and contributed substantially to the funding requirements of new enterprises across the country. However, its success was clouded by a string of events, including the Great Depression of 1929 and the impending World War II abroad which had taken their toll in the just developing business world in Turkey. During the industrial drive of the subsequent decades, there was a continuous increase in the number and size of joint stock companies, which began to open up their equity to the public. Those mature shares faced a strong and growing demand from mostly individual investors and some institutional investors.

The early phase of the 1980s saw a marked improvement in the Turkish capital markets, both in regard to the legislative framework and the institutions required to set the stage for sound capital movements. In 1981, the “Capital Market Law” was enacted. The next year, the main regulatory body responsible for the supervision and regulation of the Turkish securities market, the Capital Markets Board based in Ankara, was established. A new decree was issued in October 1983 foreseeing the setting up of securities exchanges in the country. In October 1984, the “Regulations for the Establishment and Functions of Securities Exchanges” was published in the Official Gazette. The regulations concerning operational procedures were approved in the parliament and the Istanbul Stock Exchange was formally inaugurated at the end of 1985.

Originally opened in 1912 under the Dutch colonial government, it was re-opened in 1977 after several closures during World War I and World War II. After being reopened in 1977, the exchange was under the management of the newly created Capital Market Supervisory Agency (Badan Pengawas Pasar Modal, or Bapepam), which answered to the Ministry of Finance. Trading activity and market capitalization grew alongside the development of Indonesia’s financial markets and private sector – highlighted by a major bull run in 1990. On July 13, 1992, the exchange was privatized under the ownership of Jakarta Exchange Inc. As a result, the functions of Bapepam changed to become the Capital Market Supervisory Agency. On March 22, 1995 JSX launched the Jakarta Automated Trading System (JATS). In September 2007, Jakarta Stock Exchange and Surabaya Stock Exchange merged and named Indonesian Stock Exchange by Indonesian Minister of Finance. The current location of the Indonesian Stock Exchange is located in the IDX building in the Sudirman Central Business District, South Jakarta, near the current site of the Pacific Place Jakarta. 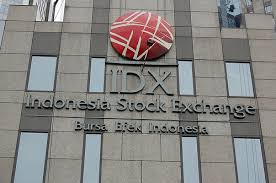 Two of the primary stock market indices used to measure and report value changes in representative stock groupings are the Jakarta Composite Index and the Jakarta Islamic Index (JII). The JII was established in 2002 to act as a benchmark in measuring market activities based on Sharia (Islamic law). Currently, there are approximately 30 corporate stocks listed on the JII.[4] The FTSE/ASEAN Indices were launched by the five ASEAN exchanges (Singapore Exchange, Bursa Malaysia, TheStock Exchange of Thailand, Jakarta Stock Exchange, and The Philippine Stock Exchange) and global index provider FTSE on September 21, 2005. The indices, covering the five ASEAN markets, are designed using international standards, free float adjusted, and based on the Industry Classification Benchmark (ICB). The indices comprise FTSE/ASEAN Benchmark Index and FTSE/ASEAN 40 tradable index. The FTSE/ASEAN 40 index is calculated on a real-time basis from 9:00 a.m. and the closing index is calculated at 6:00 p.m. (Singapore time). The FTSE/ASEAN benchmark index is calculated on end-of-day basis.

As of the end of 2011, foreigners owned 60 percent of publicy traded stock, but throughout the year domestic traders dominated trading with a share of 64.5 percent.[10]

The National Stock Exchange (NSE) (Hindi: राष्ट्रीय शेयर बाज़ार Rashtriya Śhare Bāzaār) is stock exchange located at Mumbai, India. It is in the 11th largest stock exchanges in the world by market capitalization and largest in India by daily turnover and number of trades, for both equities and derivative trading.[2] NSE has a market capitalization of around US$1 trillion and over 1,652 listings as of July 2012.[3] Though a number of other exchanges exist, NSE and the Bombay Stock Exchange are the two most significant stock exchanges in India, and between them are responsible for the vast majority of share transactions. The NSE’s key index is the S&P CNX Nifty, known as the NSE NIFTY (National Stock Exchange Fifty), an index of fifty major stocks weighted by market capitalisation.

NSE is mutually owned by a set of leading financial institutions, banks, insurance companies and other financial intermediaries in India but its ownership and management operate as separate entities.[4] There are at least 2 foreign investors NYSE Euronext and Goldman Sachs who have taken a stake in the NSE.[5] As of 2006, the NSE VSAT terminals, 2799 in total, cover more than 1500 cities across India.[6] In 2011, NSE was the third largest stock exchange in the world in terms of the number of contracts (1221 million) traded in equity derivatives.[7] It is the second fastest growing stock exchange in the world with a recorded growth of 16.6%.[8]

The National Stock Exchange of India was set up by Government of India on the recommendation of Pherwani Committee in 1991.Promoted by leading Financial institutions essentially led by IDBI at the behest of the Government of India, it was incorporated in November 1992 as a tax-paying company. In April 1993, it was recognized as a stock exchange under the Securities Contracts (Regulation) Act, 1956. NSE commenced operations in the Wholesale Debt Market (WDM) segment in June 1994. The Capital market (Equities) segment of the NSE commenced operations in November 1994, while operations in the Derivatives segment commenced in June 2000.